After 20 american reviews and after be screened in a cinema in Boston, 'The Puzzle' finally arrives to the States too! I'm really happy to report that the short has been selected at the "2011 Killer Film Festival" (push here to read all the selected films). Congratulations!!!

New article about 'The sweet hand of the White Rose'

A new article of 'The sweet hand of the White Rose' came out yestarday on Casabermeja's web site. Push here to read it.

New award for 'The sweet hand of the White Rose'

After be included into the thirty semifinalist films, after be selected in the final (only 7 films were nominated), I'm glad to report that 'The sweet hand of the White Rose' won the "Tiziano Berardinelli Special Award" in the "Pectoranum Movies" festival (push here to read it). Congratulations!

Happy birthday to the Master of Suspense 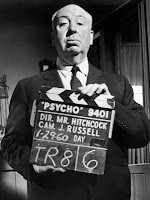 Alfred Joseph Hitchcock was born in Leytonstone (London) on August 13, 1899. His father was a green grocer called William Hitchcock (1862 - 1914); his mother was Emma Jane Whelan (1863 - 1942), and he had two older siblings, William Hitchcock (born 1890) and Eileen Hitchcock (born 1892). Hitchcock had his first shot of being the director of a film in 1923 when he was to direct the film 'The Number 13', though the production was stopped. Hitchcock didn't give up then. He directed a film called 'The Pleasure Garden' in 1925, a British/German production, which was very popular. In 1926, Hitchcock made his first trademark film, 'The Lodger'. In the same year on the 2nd of December, Hitchcock married Alma Reville. They had one child, Patricia Hitchcock (born 7th July 1928). After a successful career in his native United Kingdom, Hitchcock moved to Hollywood. In 1956 he became an American citizen while retaining his British citizenship. Hitchcock directed more than fifty feature films in a career spanning six decades.He pioneered many techniques in the suspense and psychological thriller genres. He framed shots to maximise anxiety, fear, or empathy, and used innovative film editing. His stories frequently feature fugitives on the run from the la 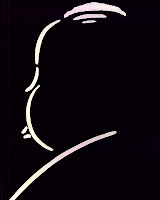 w alongside "icy blonde" female characters. Many of Hitchcock's films have twist endings and thrilling plots featuring depictions of violence, murder, and crime. Hitchcock's films also borrow many themes from psychoanalysis and feature strong sexual undertones. Through his cameo appearances in his own films, interviews, film trailers, and the television program 'Alfred Hitchcock Presents', he became a cultural icon. Often regarded as the greatest British filmmaker, he came first in a 2007 poll of film critics in Britain's Daily Telegraph, which said: "Unquestionably the greatest filmmaker to emerge from these islands, Hitchcock did more than any director to shape modern cinema, which would be utterly different without him. His flair was for narrative, cruelly withholding crucial information (from his characters and from us) and engaging the emotions of the audience like no one else.”. The magazine MovieMaker has described him as "the most influential filmmaker of all-time". In late 1979, Hitchcock was knighted, making him Sir Alfred Hitchcock. He died peacefully on the 29th April 1980. His funeral was held in the Church of Good Shepherd in Beverly Hills. Around 600 people attended the service, among them where Mel Brooks, Louis Jourdan, Karl Malden, Tippi Hedren, Janet Leigh and Francois Truffaut.
You can watch here the video in which Sir Alfred accepts the 7th AFI Life Achievement Award (1979).
Here, instead, you can watch the famous scene that shocked the world ('Psycho', 1960)!
Happy birthday, Sir Alfred!!!

New nomination! I'm proud to report that 'The sweet hand of the White Rose' has been selected in the italian festival "Pectoranum Movies". The final will take a place the next 14th of August (push here to read the festival nominations). Congratulations!

'The sweet hand of the White Rose' in England

After a few relaxing days, I'm here again! This time is to report that 'The sweet hand of the White Rose' arrives to UK. The short has been reviewed by the english web "Horror Cult Films" (push here to read it). Thanks a lot for the beautiful words!!! Other news are coming soon...
Pubblicato da Davide Melini a 10:23 Nessun commento: