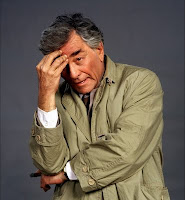 Peter Falk, one of the greatest character actors of all time, died peacefully on June 23rd in his Beverly Hills home. Though he received two Academy Award nominations for Best Supporting Actor in 1960 and 1961 for 'Murder, Inc.' and 'Pocketful of Miracles', and was an acclaimed stage actor, winning a Tony Award for 1972's 'The Prisoner of Second Avenue', he was known to millions as the irascible Lieutenant Columbo, one of television most beloved detectives, whose apparent absent-mindedness belied his cunning deductive skills and ease at outwitting even the most clever and devious of criminals. In all, he received four Emmy Awards and 10 nominations for the role, which he played from 1968 (in the TV film 'Prescription: Murder') to a special 2003 episode of the series. Columbo became a TV series in 1971, with a young 25-year-old Steven Spielberg helming the very first episode ('Murder by the Book'). Born in New York City in 1927, Falk underwent surgery at only the age of three to have his right eye removed because of a malignant tumor; for the rest of his life he would wear a glass eye, which became one of his most notable traits.
I love all his movies and in particular Robert Moore’s 'Murder by Death'.
Goodbye Peter and thanks for the entertainment!
Pubblicato da Davide Melini a 10:37